Indigo and Sodetrel are renewing their partnership, 600 charging points to be installed by 2019

Today, Indigo, global leader in parking, and Sodetrel, EDF subsidiary dedicated to electric mobility, renewed the business cooperation agreement they signed in January 2014. The agreement has already led to the installation of 126 charging stations in about 30 French car parks. Both companies, which are committed to electromobility, aim to deploy an increasing number of charging points for electric vehicles (EV) – up to 300 additional stations will be installed in Indigo car parks by 2019. By creating a nationwide network of charging points, Indigo and Sodetrel are demonstrating their commitment to new mobility patterns. 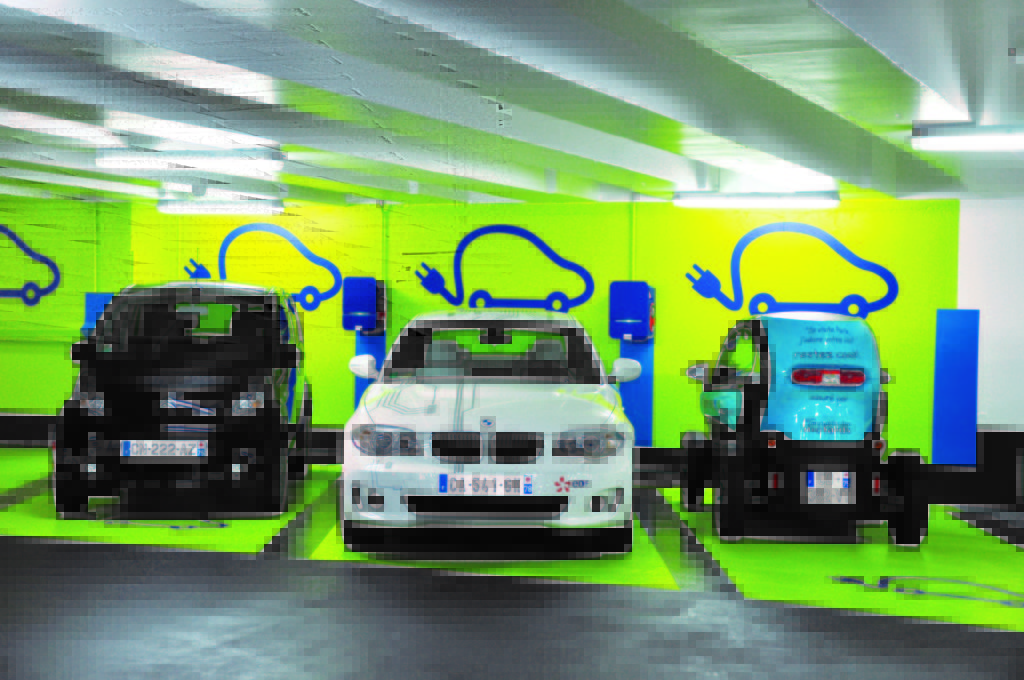 According to Sébastien Fraisse, Indigo’s Executive Vice-President and Managing Director for France, “Indigo was the first parking company to offer EV charging services. Since 2014, we have relied on Sodetrel’s know-how to carry out our ambitious plan. We wish to simplify the lives of drivers who have adopted electric vehicles, and support local players tasked with implementing the energy-transition plan, which is to lead to the installation of 7 million EV charging stations by 2030. Moreover, we have noticed a strong rise in demand, as monthly charges went from 260 in January 2014 to 669 in September 2016, across all of our equipped car parks.”

Juliette Antoine-Simon, Managing Director of Sodetrel, commented: “After three years of cooperation and the installation of 130 new charging stations in a score or so of car parks, Indigo has once again chosen Sodetrel to deploy and manage its charging parks. The renewal of our partnership is a rewarding sign of trust. Sodetrel will thus continue to share its expertise on the charging value chain with Indigo, from the installation of the charging stations to technical and commercial management. Indigo’s nationwide deployment programme will also enable Sodetrel to further expand the network of charging stations available to its customers. Indigo and Sodetrel are thus working hand in glove to simplify mobility for EV drivers.”

Since 2014, more than 15,000 cars have been charged with Sodetrel stations in Indigo’s network. This partnership stems from a global strategy that has two main goals:

For now, drivers who wish to profit from parking to charge up their cars can use the following car parks:

With the deployment of 300 new-generation charging stations, each featuring two sockets, in Indigo’s car parks, drivers will have access to an extensive charging network in city centres. Thanks to Sodetrel’s Corri-Door network, they can also consider long-distance trips via major motorways, with 200 express charging stations (20 to 30 minutes) distributed throughout France. For example, it is now possible to travel from Paris to Dieppe thanks to Sodetrel’s charging network, by charging cars in Indigo car parks and along the motorway.

To use the charging stations in Indigo car parks, drivers must first acquire a Sodetrel Pass. Once inside the car park, users flash their Pass in front of the station and simply plug in their vehicle to start charging, for the duration of their choice.

Until now, these badges could only be ordered on Sodetrel’s website. Now, however, customers can buy badges in Indigo shops, so they no longer need to plan ahead or subscribe.

Sodetrel Pass holders will soon be able to go even further with their electric vehicles. As well as using Indigo and Corri-Door charging stations, they will be able to charge their cars via other charging operators, who are to open access to their stations through interoperability agreements. Customers will thus have access to an increasing number of charging stations, all with one Pass.

See the complete map of stations that can be accessed with the Sodetrel Pass here: http://www.sodetrel-mobilite.fr/cb/portal/#/search

The fight against climate change is one of France’s priorities. Accordingly, France’s policymakers have aimed to divide greenhouse gas emissions by four by 2050. Moreover, 74% of the country’s local deputies believe that it is important to develop electric vehicles, and that these should be factored into public policies (Baromètre 2015 FNMS/MGV).

Indigo and Sodetrel intend to support the State’s goals by pursuing their ambitious project. The deployment plan will benefit from the ADVENIR programme, which was set up by the State with the cooperation of ADEME, AVERE France, Eco CO2 and EDF. The programme offers financial assistance to promote the deployment of public charging stations, especially in car parks that are under construction.