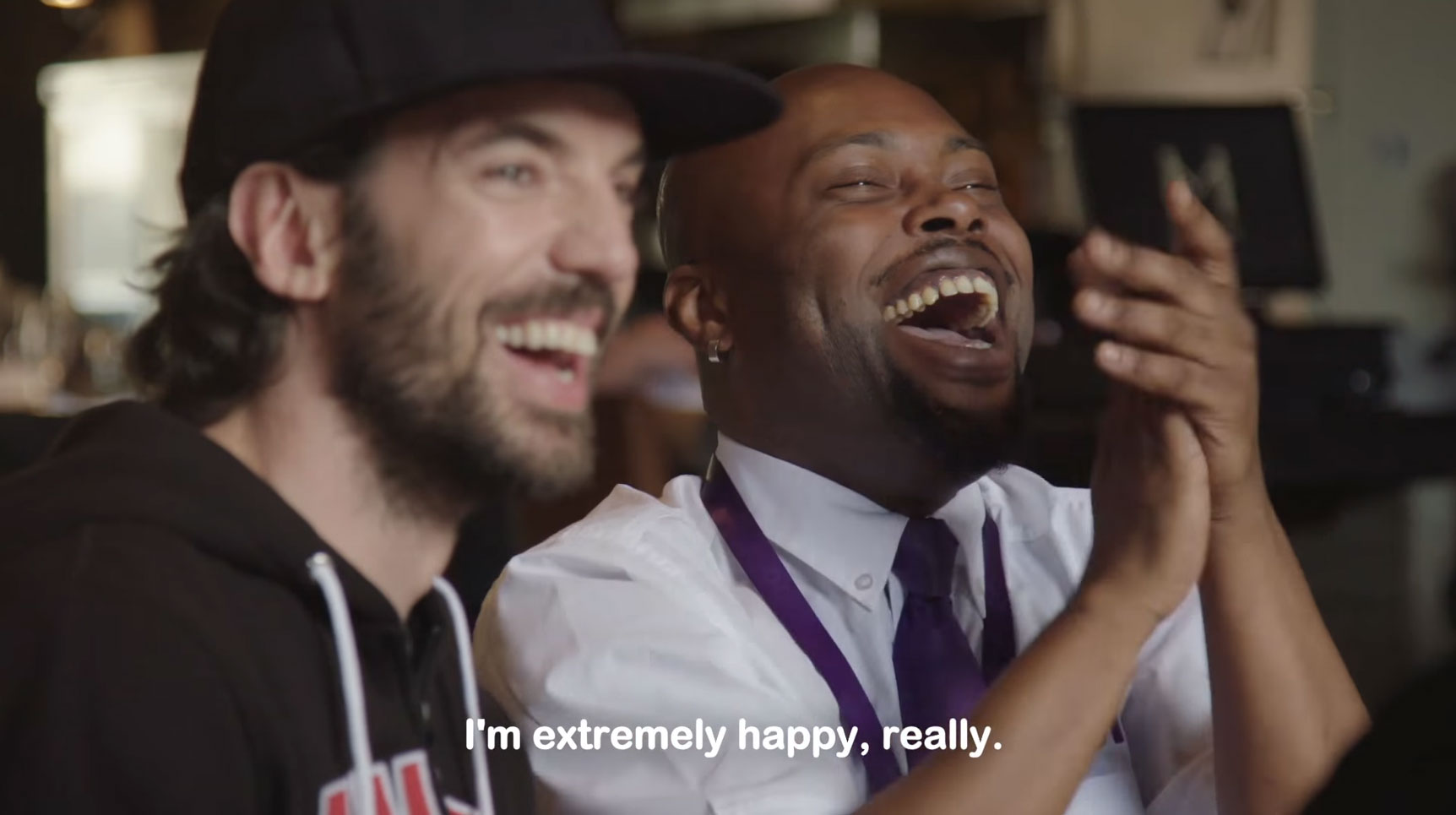 With each top athlete comes the effort of a team behind them. Cheerios, a well-known brand worldwide, understands that the support of others is a huge part of excellence. Since 2010, Cheerios has been actively promoting their #BetheCheer campaign to give these athletes a chance to in turn show their support and appreciation.

Four athletes were given the opportunity to thank and recognize one person of their choice, prior to start of the PyeongChang 2018 Olympic Games, who they thought made a significant impact on their success, however large or small.

Out of the carefully selected athletes is Charles Hamelin, a Canadian Olympic short track speed skater with 4 Olympic medals, 3 being gold.

Hamelin chose Indigo Canada employee Claude-Josué Fonrose, a taxi and limousine dispatch attendant at the Montreal International Airport, as the unsung hero of his choice. Fonrose’s contagious smile, incredible laugh and overall positive spirit is an additional support that Hamelin greatly appreciates at the end of a long day.

“Whenever I come home from a competition and I’m exhausted, he calls the cab for me, and his smile is contagious. Today, it’s his turn to be rewarded.”

Hamelin surprised Fonrose during his regular work shift, and brought him on a limo ride to a restaurant for a celebratory lunch together with Fonrose’s family and friends.

To watch the entire video, click on the link: https://www.youtube.com/watch?v=5IvnbP9gEv4

The entire Indigo Group would like to congratulate Claude-Josué on his excellent work !